ASSIMETRY OF MAXWELL EQUATIONS AND RELATIVITY 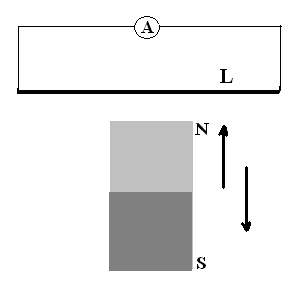 At beginning the experiment of Faraday is repeated L being a metallic conductor. When the magnet is moving toward or back relative to the metallic conductor L  a small electric current is registered in the ammeter.
In the second step replace the metallic conductor L with an ionic conductor (a vat with NaCl solution) or a semiconductor bar and repeat the experiment. It is necessary to make some adaptation for vat in order to perform the experiment. Taken into consideration the direction of ions movement in magnetic field inside the vat, two walls of the vat are covered with a metallic foil and further connected to an ammeter like in fig 2.5.
When the magnet is moving toward or back relative to the vat, the ammeter does not indicate the apparition of a current pulse. At repetition of the experiment with a higher concentration of salt and a powerful magnet or with different directions of magnet relative to the electrodes does not change the situation. The results are the same more precisely absence of an electric current when ions are moving in solution in presence of a magnetic field. 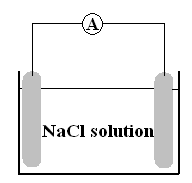 The same negative results are obtained in case of a semiconductor bar (or the efect is at least 10 times smaller then for a metalic conductor).
This experiment was detailed described in atomic book as a reason for inconsistency of our representation about electric current concept.
Einstein claims in his paper work the necessity for a preservation of Maxwell equation in different referential as ground for the special theory of relativity.
But what’s happened if Maxwell equations are inexact?
As is up presented experiment and in other experiment already presented in the atomic structure, Maxwell equations presents serious gaps in explaining simple 10 euro cost experiments. The use of a wrong concept for electromagnetic interaction, automatically lead to a faulty relativity theory, which is the actual case.
In proposed theory of relativity, magnetism as phenomena has nothing to do with relativity.