Moon... a simple piece of matter without atmosphere, without a magnetic field, without an internal structure, without performing relativistic acrobacies, without anything special.... but the same Moon has something which overthrow the entire edifice of modern science: its surface is able to get the properties of a radio station and emmit partially polarised electromagnetic waves, after a warming up illumination from Sun. Its behavior is quite similar to those old fashioned triodes and other electronic tubes which needed a warming time before letting the current to pass through. This behavior contradicts quite everything we have accepted in thermodynamics, quantum theory and even electricity...But who cares...!?

Long time ago, I proposed a cut off experiment related to variation on the phases of Moon and how this phenomenon contradicts the quantum hypothesis, since the emission maximum should change from infrared toward microwave according to the received illumination from the Sun; the experiment was already published in the Corpuscular Nature of Light book published in 2009.

Now, besides the work to a new theory of thermodynamics, I have thought it is high time to revisit the subject and compare the theory with what we observe by measurements. Of course the topic span between thermodynamics, quantum theory and astronomy, therefore the material is posted in Astronomy and astrophysics book too.

As it is well known, in early 1900, Max Planck proposed a formula which fitted quite well with data accumulated over few decades regarding the quantity of heat emitted by solid bodies at different temperatures. He gave no interpretation for this formula, and later he barely accepted the interpretation of ,,quanta" theory, but this is another story.....; later a Noble Prize for physics helped him to reconciliate his public opinion.

It is considered that quanta idea fits well for many fields of physics and mainstream scientists have been interested to quantify all classes of known phenomena; only the gravitation theory is a bit reluctant and unfortunately up to date, despite a lot of efforts, few progresses have been made toward a quantum theory of gravitation.

So, Planck's formula allows us to calculate how much energy is emitted per unit area of a black body at a certain temperature. As initial measurements were made in the infrared energy, all constants and expressions were proposed for this domain. In the calculations that follow, the discussion extends from the infrared to the microwave and radio frequency energy and therefore a conversion is made from IR-specific expressions to the microwave and radio area. 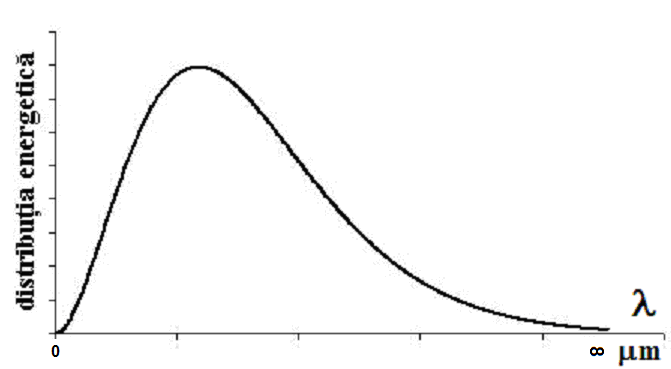 As a general rule - the Planck law predicts that - at full Moon, for an Earth observer, the luminosity of Moon should be about four times higher than the luminosity at new Moon. In tab 1 and tab 2 are presented some values for Moon luminosity at different radio and microwave frequencies in order to exemplify the up presented rule.

Table 1. Moon at 100 K – Luminosity and flux measured by an Earth Observer

Table 2. Moon at 380 K – Luminosity and flux measured by an Earth Observer

Why the actual interpretation is absurd……

1. The amount of radio and microwave emitted by Moon

The measurements of radio and microwave emission put some problem of calibration, because background sky at different frequencies can present a higher signal than Moon; though a comparison between measured values of emissivity for full Moon and new Moon at a certain fixed frequency is easy to be performed even with today nonprofessional instrumentation.

No scientific text presents for full Moon a value of emissivity in radio or microwave at least three times greater as the value for the new Moon; usually this difference is about 10%. If blackbody theory would apply to the Moon, these differences should be between 350% and 450% (see tab 1 and 2), depending on the specific value of frequency where these values are measured.

2.The polarization of radio and microwave emission

By comparison radio and microwave coming from Moon are partially polarized and this means again blackbody theory does not apply to this case.

3. The mechanism of radio and microwave emission

Moon raised some problems for theoreticians as soon as reliable measurements were available in radio and infrared domain. The study of the radio emission of the Moon began in 1946 with the detection of this radiation at 1.25 cm wavelength by Dicke and Beringer. This was followed few years later by a detailed analysis made by Piddington and Minnett showing that the microwave radiation from the moon at this short wavelength varied during a lunar cycle in a roughly sinusoidal fashion. The temperature, however, was much smaller than the change in the surface temperature of the moon as known from infrared observations. Not only the temperature amplitude variation in microwave was different as scale, but the maximum of radio radiation was found about 3.5 days after the maximum of the surface temperature at full moon, measured by infrared techniques.

Here is the abstract of Piddington and Minnett paper entitled Microwave Thermal Radiation from the Moon:

,, Measurements have been made of the thermal radiation from the moon in a 15Mc/s band, centered at 24000Mc/s. The radiation from the whole lunar disk has been measured during several phase cycles. Temperatures corresponding to this radiation have been deduced and curves of temperatures against phase angle drawn. One of these corresponds to average temperature over the disk and the other to the temperature of a point on the lunar equator. They are found to be approximately sinusoidal, with amplitude ±40,3K and ±52,0K respectively and with a phase lag behind the lunar phase angle of about 45º in each case. These results conflict with previous measurements of long infrared temperatures wavelengths in both amplitude and phase angle of the temperature curve. An explanation is given in terms of radiation from subsurface layers of the moon’s crust, which are partially transparent to the electromagnetic waves with which we are dealing. The theory is developed quantitatively and it is found that the results are consistent with the existence of a thin layer of dust covering a solid lunar surface. Estimates are made of the temperatures of the disk of the new moon (156 K) and of deep interior (241 K).

Generally speaking, the emission in radio and microwave has nothing to do with blackbody radiation. The illuminated surface of Moon becomes a source of radio waves and microwaves partially polarized after a certain time from the beginning of illumination (a warming up time necessary) and this emission has other causes.

First of all, we have to rule out the actual explanation published in scientific literature. Even in case some microwave and radio wave come from Sun and hit the moon surface, the lunar material cannot become a secondary source of microwave and radio waves. As was already presented in the second postulate of a new theory of thermodynamics, there is no thermal equilibrium between radio and microwave radiation and matter. When radio or microwave radiation is absorbed by matter (surface or subsurface layer), this is converted into thermal motion. Of course a cut off experiment can be proposed and performed in laboratory: absorbed microwave in matter will always generate only a change in temperature depending on the amount of microwave absorbed.

The real cause of Moon emission in radio and microwave is due to the thermal stress generated by Sun illumination. The upper layer of lunar material upon heating by Sun has the possibility to dilate, but the inner layers suffer a constricted dilatation; the reverse effect takes place during lunar night, when as result of low temperatures a constricted contraction takes place.

To explain the delay registered for the maximum emission in radio and microwave is a piece of cake…. without the thermal stress generated by external heated layer of moon surface, there is no forced expansion for inner layer. Depending on the physical-chemical properties of lunar regolith material the emission in radio and microwave starts with a delay …

This is a new effect which needs a thorough study and this will be made in the near future. The generation of radio waves by materials under stress it is not a completely new phenomenon. In a 2003 study about Earthquakes in Greece, Eftaxias et. al.  showed that during strong earthquakes, radio waves in kHz and MHz domain are generated and the intensity of the radio emission of seismic origin increased as the square of the wavelength. As consequence, a simple dependency of emmisivity with square of the wavelength is not a fingerprint for a blackbody radiation and can be caused by other

I will quote a bit from an old text by F.G.Smith - Cavendish laboratory, published in 1946:

,,At present it is not obvious how much can be learned about the planets from measuring their radio temperatures, since it is difficult so far to follow their temperatures in details through a complete cycle of solar illumination. One strange thing has emerged: the radio black-body temperature of Venus has been found to be double that measuread in the infrared, and about double what would be expected from a simple black-body model.”