The experiments is a extension of previous experiment ,,Thermodynamics and quantum hypothesis’’.
Maybe for a small body and a simple laboratory experiment it is difficult to measure the electromagnetic radiation in radio or microwave emitted by a cooled body. So let’s look a little bit in our Solar System. For the purpose of experiment Moon is an ideal object because is cold (very cold in judging from our common interval of temperature). It is known that for Moon the mean surface temperature (day) is about 107°C and in the night Mean surface temperature (night) -153°C. This difference is due to the Sun exposure and the absence of Moon atmosphere; of course Sun radiation heat only the superficial layer of Moon surface.
If a body emmits electromagnetic radiations dependent on its temparature, considering Moon at -153°C, according to Wien displacement low, a maximum of electromagnetic radiation must be counted in microwave domain.

so frequency is 12THz
The emission spectrum of Moon will have a form like in fig. 1

The spectrum of Moon is concentrated mainly in Radio and microwave. For an Earth observer, the own spectra of Moon is overlapped with received radiation coming from Sun and reemitted. The Sun emission in Radio and Microwave domain is insignificant, and as will be demonstrated in Astronomy book, this radiation does not come from blackbody spectra.
According to this experimental consideration what would expect an Earth observer equipped with a detector for radio or microwave reception?
Keeping the dish in a fixed position, let say directed to the line OB, an Earth observer should measure a signal in radio and microwave domain of the form presented in fig. 2 depending on the relative moon position. 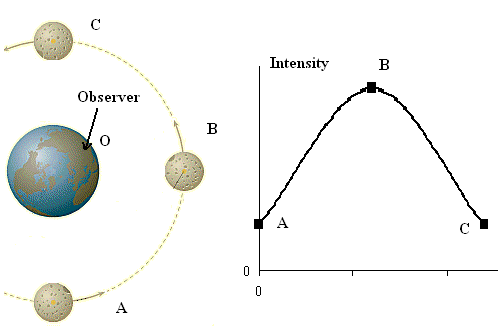 Figure 2. Radio or microwave signal registered by a fixed dish on Earth

In case of a dish with possibility to be rotated after the Moon position, practically the signal should be relatively constant during the Moon trip from A to C.
Of course the Earth observer should take into consideration also the opacity of atmosphere for different wavelength more precisely the absorption of microwave. But if Penzias and colab., has observed the cosmic microwave radiation fifty years ago, with primitive devices, it will be very easy to be performed the following experiment at least qualitatively, too.
The experiment can be further detailed and the signal in radio and microwave domain can be measured depending on the moon phase.
It should be expected a dependence of intensity of received signal on moon phase like in fig 3.
In case of new Moon, Sun is heating the other part of Moon, unseen from Earth. In this case the emission in microwave and radio domain attaints a maximum. In intermediate position like: crescent moon, first or third quarter, etc. the emission in radio and microwave domains must be lower then in case of a new Moon, but higher then full Moon. This variation is due to the modification of emission spectra of lunar surface due to the Sun heating. In case of full Moon, the surface of Moon can arrive to 107°C and at this temperature the spectra should be shifted to infrared region, and consequnetly the emmision in radio or microwave diminishes. 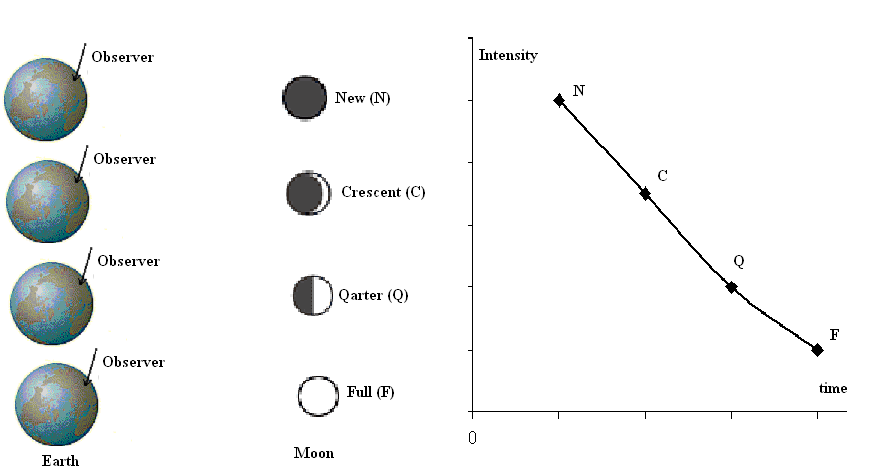 Are these up presented consequences of quantum hypothesis observed experimentally?
Quite long time ago I have tried to detect the emission of Moon in radio wave domain using radio amateur instruments.
The results were completely negative. Moon is completely silent in radio domain. Of course, if Moon is completely silent in radio domain, the expected variation of emission with moon phase is without sense. The same results must be also in microwave domain.
Consequently also at cosmic level the quantum hypotheses must be ruled out. The actual interpretation of Cosmic Microwave Radiation (CMB) has a different origin as will be presented further.