Charged bodies are obtained when electrons are separated from neutral atoms. Negatively charged bodies have an excess of electrons and positively charged bodies have an electron deficiency.
Basics characteristic of electric charges says like charges repel and unlike charges attract.
Generally speaking, materials are classified as conductor, insulators and semiconductors. Electric conductors are materials with many free electrons which allow the movement of electric charges through them. Insulators are materials that contain very few free electrons and do not easily allow the electric charges to move through the material. Semiconductors occupy an intermediate position between conductor and insulators.
Coulomb's law states that the electric force that exists between two point charges is directly proportional to the product of the magnitudes of the charges and inversely proportional to the square of the distance between them. The equation is:
F = (kq1q2)/r2
where q1 and q2 are the two charges expressed in Coulombs, r is the distance between them expressed in meters and k is Coulomb's constant with a value of 8.99 x 109 Nm2/C2 in air or vacuum. k is a constant.
The direction of the electrostatic force is along the line connecting the two charges. It is repulsive if they are alike and attractive if they are opposite.
If we consider the elutriation process of a sphere by contact, the final distribution of electrical charges on the sphere is such that a minimum interaction between them is attainted (this means maximum spread) as in fig. 1.

Figure 1.  charge redistribution on a sphere

But as soon the shape of the electrized body is changed, this principle of minimum interaction is not respected.
For irregular shaped conductors, more charges accumulates near sharp points as in fig. 2. 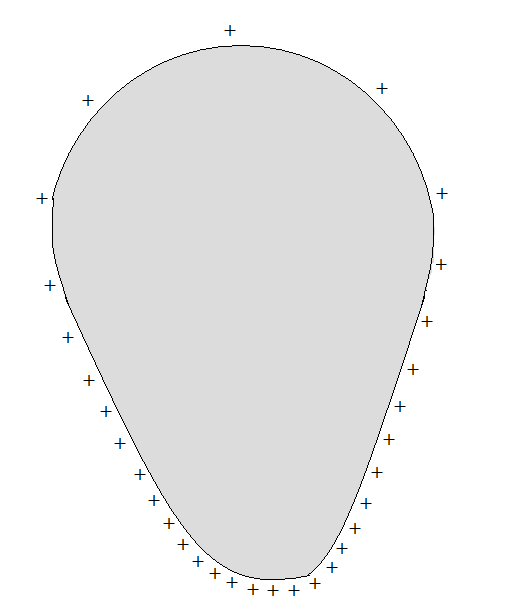 This ,,effect” was known from the beginning of electricity as science. In 1747 in a letter B. Franklin describes how a sharp object can produce the discharge of a charged body. On this principle he will build the lightning rod.
The first written indication about the use of lightning rod regards the West family house in Philadelphia around 1760.
In Europe, arround 1778, Venice was the first city which applied at large scale the invention; not only the buildings but seaships were equiped with this device too.
In England, the device was used with retard. English sheeps will adopt this measure of protection ten years later, in 1788, because they were not able to admit that a ,,colonial” can do and know more then ,,scientists” from metropole.

Why the actual state of things is absurd....

For more then two centuries physicists have been accepted Coulomb law without questioning its validity. As it is presented here, it is not necessary to design special and expensive experiments which question its validity. The working principle of lightning rod contradicts in an evident way the Coulomb law.
If distribution of charge on an irregular shape is analyzed it can be observed that Coulomb law it is not respected. When charges are spread out on a certain body and they have the possibility to change position, according to the Coulomb law (and other analytical principles), it is a must to arrive at a certain distribution which minimize their reciprocal interactions.
If the distribution from fig. 3 is analyzed again, the interaction between B charge and its closest neighbor A and C charges is weaker then interaction between E charge and its closest neighbor D and F. Of course for simplification only the interaction direct interaction between closest charges is counted; taking in consideration the interaction between B charge respectively E charge and all the other charges the situation remain the same; only the mathematical treatment is more complicated. 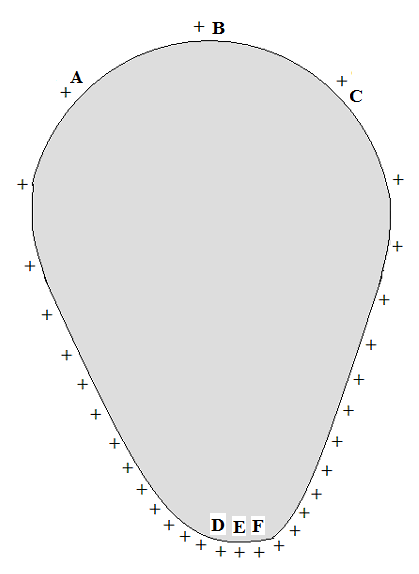 On the surface charges are mobile and, ,,in principle”, they have the possibility to change their position in order to equilibrate their repulsion and to arrive a minimum interaction energy.
Contrary to this ,,common sense” assumption, these charges situated around edges don’t know the principle of minimum energy, don’t like the Coulomb law and they like a strange distribution with a higher interaction energy.
In the frame of actual physics, it is necessary to invent a special sense for electric charges able to recognize the curvature of the surface and to have a charge density related to geometrical curvature. I don’t know if actual physicists are aware of possibility to fulfil Einstein dream related to the connection between geometry and physics. Of course, Einstein intention was to connect gravitation with geometry. In the meantime, as far theoreticians have ,,hardly” worked to unify all physics fields, the up presented charges comportment represents a favorable starting point.
In fact this strange comportment of electric charge is not singular in physics; a photon which knows to appreciate a certain path is already a well appreciated model in quantum physics.
Actual physics should set a limit for the validity of Coulomb law only as describing the interaction between separated bodies.
In frame of proposed theory, a new interpretation of electrostatic phenomena will be detailed in the book.
Only as a reminder, the new theory is able to explain why ,,electric charges” remain only at the surface of an electrized body and this item will be analyzed in the book too.