Inductance and the missing law in actual electromagnetism

Inductance and the missing law in actual electromagnetism

Maxwell formulated in 1864 a set of differential equations describing the space and time dependence of the electromagnetic field and these are considered as forming the basis of classical electrodynamics.

Maxwell's equations in differential form are:

There are no magnetic monopoles (3)

Besides these, there are the constitutive relations:

and the equation of continuity:

Particularly important for present and further discussion are the first two equations:

1. Faraday's law of induction describes how a time-varying magnetic field B gives rise to an electric field E.

As far we are in a training period, we warm up with a simple concept – inductance and how this concept is integrated in actual electromagnetism laws.

All modern texts admit that, Maxwell equations can be used to explain and predict all macroscopic electromagnetic phenomena.

Therefore a very simple circuit is proposed and it is very interesting to observe what are the prediction of these ,,famous equations”. The circuit is formed from a long conductor with resistance R connected in series with a lamp of resistance R’. A source of DC current and a source of AC with possibility to modify the frequency are necessary.

In the first and simplest case, using the DC source, the circuit presented in fig. 1 is built.  The other necessary conductors present a negligible resistance. 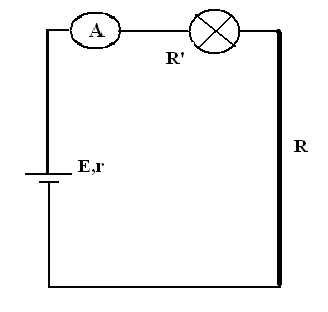 If the Maxwell equations are applied in this particular case, the intensity of electric current in the circuit has the expression:

Let’s modify a little bit the circuit, putting the resistance R in a loop form as in fig. 2 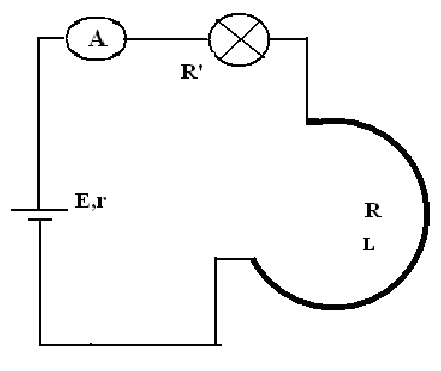 The components of the circuit are the same, only the geometrical form was modified and as result a new term appears in the current equation, which has the form:

where L has a specific value characteristic for the loop.

Let’s modify again the geometric form of the circuit and to form a coil as in fig. 3. 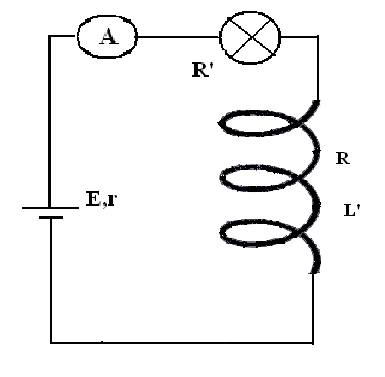 In this case the value of the term L modifies again to L’ and the current through circuit has the form:

Both L and L' values (and the concept per se) are introduced based on experimental consideration without any possibility of prediction from actual electromagnetism.

If the DC source is changed with an AC, the situation is even worse. With increasing of alternate current frequency, a simple conductor presents a measurable inductance (L). Carefully measurements can demonstrate that even in case of fig. 1 with a DC source, the resistance R has inductance comportment too, but is too small to be observed and used in common applications.

As can be seen in presented example, the intensity of a current in a circuit is ,,dependent” on circuit geometry. So, there is necessary to introduce in Maxwell equation a new term in order to connect the electric and magnetic characteristic with geometry. If we go a little bit further, it is possible to demonstrate that ,,electromagnetism” is a simple N dimensional space geometry with some tensors equations as is actual gravitation.

Coming back to reality, a trustful theory of physic should implement the reaction of a circuit to a modification of a stationary regime as a basic principle.

Actual electromagnetism is not able to introduce this concept as a specific law, because it will appear like a ,,internal force use”. More precisely, according to generalized Ampere law a variable electric field (E0) produce a magnetic effect (B0). In a ,,common sense” interpretation, this ,,produced magnetic effect” (B0) can’t generate again a new electric field (E1). If actual electromagnetism admits the new electric field (E1) as real, this variable field should produce a new magnetic effect (B1), and this conversion will continue for an indefinite time. The real comportment of a coil contradicts these infinite cycles of electric-magnetic field conversion.

In the book a new perspective of these phenomena will be provided. The energy stored in the magnetic field of the inductor will gain a new interpretation. It is absurd to suppose that inductors store the kinetic energy of moving electrons in the form of a magnetic field.